Barenbrug was established in Arnhem on 15 June 1904 by Joseph Barenbrug, expressing his passion for grass. He believed that grass seed should no longer be swept together in hay-lofts, but cultivated in a professional manner by a specialised company. In 1908 he published his scientific approach in his book 'Money in Grasses', which appeared on the American market a year later. Barenbrug’s reputation as a grass specialist was established. Read more about the development of the Barenbrug company, its comeback as a family business after a takeover by Unilever and the companies positioning as an innovative market leader. 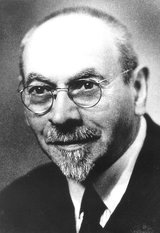 There are more than 8,000 species of grass in the world. Grass is everywhere and seems so ordinary, but when you start to look into it, it actually becomes quite extraordinary. The Barenbrug Group, with a global market share of 12.5%, specializes in breeding, production and marketing of grass varieties. Varieties for different purposes and suitable for a wide range of climates, tasty and healthy grass with a high nutritional value for cattle, fine leaved and attractive green grass for parks and gardens, slow-growing grass for verges, strong grass for sports fields and recreation. The grass seeds are sold all over the world in bright yellow packaging with the distinctive Barenbrug logo. Barenbrug is an independent family business, with the fourth generation continuing the tradition, and currently working at Barenbrug. The company has subsidiaries all over the world with its head office in Oosterhout in the Netherlands. Grass is special! Barenbrug is special!

Thanks to Joseph Barenbrug’s entrepreneurship and emphasis on quality, the company distinguished itself right from the beginning. With the first grass seed production in 1932 and the appointment in 1937 of the first agricultural engineer, the company was given an enormous boost. This however, came to a halt during the years of war between 1940 and 1945.

After the Second World War the company played an important role in the network of agricultural universities, scientific institutes and sector organisations. The Netherlands developed into one of the major grass seed exporting countries in the world. In 1948 Barenbrug succeeded in placing the first grass varieties on the Dutch Variety List. With the famous Barenza – a perennial ryegrass, forage type – it became possible for the first time in history to guarantee the purity of a specific variety. Barenza, which headed the international variety lists for decades, placed the Barenbrug brand firmly on the global map.

Barenbrug’s reputation was further reinforced early in the 1970s by the introduction of the variety Baron, a Kentucky blue 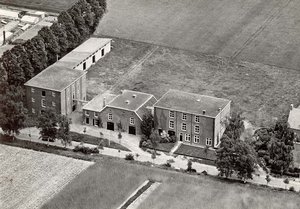 grass
with which a patent was acquired in the United States. With the first varieties of perennial ryegrass, sports fields type, like Barry, the company made a significant contribution to the growth of the grass-seed market for recreational purposes. During the 1980s Barenbrug made a breakthrough in the lawn and golf market with the successful varieties Barcrown and Bardot.

The Barenbrug Group now has breeding stations on five continents, where new varieties can be tested under various climatic conditions for, among other things: adaptability, susceptibility to diseases, yield, light requirement and wear tolerance. Barenbrug’s plant breeders search for the best grass plants all over the world. These are then being cross-bred to develop new grass varieties. Developing a new variety takes about fifteen years. With expertise, creativity and a lot of patience, Barenbrug succeeds time and time again in developing new grass varieties. The organisation’s international knowledge of plant breeding is a powerful engine behind its commitment to ongoing innovation.

Inherent partnership based on trust

More so than with other products, trust plays a dominant role in the relationship between producers and customers in the grass-seed sector. After all, the quality of the end product becomes apparent long after the seed has been sown. The trust placed in

Barenbrug is due to its innovative strength and the guaranteed methods, based on internationally recognised standards and procedures. Partnership is inherent to Barenbrug.

The company maintains close relationships with contract breeders and the trade. Seeds are produced in about 20 countries. The global production spread is based on climate-related characteristics of varieties. Moreover, it reduces the consequences of local crop failures. Barenbrug has an excellent brand awareness and the image of a distinguishing and customer-oriented firm. Naturally a great deal of attention is paid to its distributors. They fulfil an important antenna function in the market.

Responding to the needs of your customers is vital to a marketing-oriented company, like Barenbrug. The customer is always right – it’s as simple as that.

Over the years many seed companies have been taken over by financially strong companies that, in many cases, are unrelated to the sector. Barenbrug was taken over by Unilever in 1989. Expensive biotechnological research and further international expansion seemed to demand joining forces with a financially strong partner. However, when Unilever decided to concentrate on its core business in 1992, Managing Director Bert Barenbrug decided to buy back ‘his’ business. The Unilever period had a favourable effect on the family business. The company was reshaped by organizing it on a more professional basis and – last but not least – developing a consistent strategy.

Internationally Barenbrug opted for the steppingstone strategy. The long-term objective is to establish a global market position as a specialist in forage and turf grass in all the major climate zones. Investments in subsidiaries and take-overs increases and stabilises turnover and margins. The challenge is: to internationalise, while retaining the autonomy – and strength! – of the family business. Barenbrug has acquired a global image. ‘Great in grass’ is therefore an appropriate and recognisable corporate slogan.

Positioning as an innovative market leader

Barenbrug continually invests in research and marketing. The ongoing introduction of new products reinforces the company’s position as an innovative market leader. After 100 years, grass seed still accounts for 80% of the annual turnover. However, what has changed significantly is the quality of the varieties and quantities sold. Whereas it used to trade in bulk stocks, the company now has a wide range of specialised products. The Barenbrug Group, with production facilities in about 20 countries and sales in more than 90 countries, is the second largest supplier of grass seed in the world.

Barenbrug carefully monitors the image of the renowned Barenbrug brand. Recognisable by its brand name (Barenbrug), colour (yellow), logo (pictogram) and quality (guaranteed), this brand has gained a powerful position. The same packaging,

After the market decline early in the 21st century, Barenbrug focuses more and more on special products. More than ever before, the company is investing greatly in innovation and marketing with a view to developing products with added value. The centenary of the company in 2004 is the beginning of a future with even more focus on the market and brand.

Barenbrug is proud of being a sustainable, quality and future-oriented family business. Proud also of the fact that the fourth generation of Barenbrug is preparing itself for the future within the company. Proud that Barenbrug remains Barenbrug. 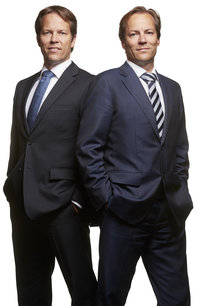